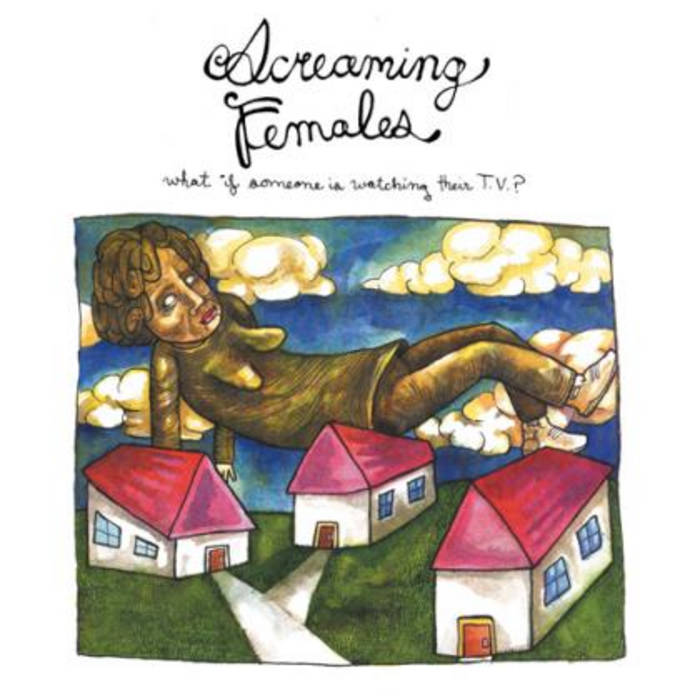 CX Think about it: D Boon of The Minutemen dies in December of 1985, and 9 months later in 1986 Marissa Paternoster is born. If you believe in reincarnation, it's not hard to imagine that the Screaming Females emerge from the creative continuum that was started by The Minutemen. That's not to say that this album is some kind of derivative rip off of The Minutemen. Instead it's the thing that you wish that the next band after The Minutemen had become. So much quirky heart & soul on this album. Such a distinctive quaveringly-strong voice. So damn good in its own way, just like The Minutemen were so damn good in their own way. Favorite track: Mothership.

opockets its hard to say specifically what is so appealing about the screaming females except to say i know it when i feel it and i feel it. 3 exceptionally talented musicians making some of the best music on the planet. Favorite track: Fun.

allizaso This album kicks ass! Highly recommended if you like Screaming Females. Every track is great and they just keep getting better the more you listen. Favorite track: Humanity Arranged.

A remastered version of Screaming Females’ second album, featuring fan favorites like “Starve the Beat,” “Mothership,” and “Boyfriend.” It was previously self-released and only available directly from the band. The name of the record is based on something a cop said to the band when he told them to stop practicing because they were being too loud.

Artwork and Layout by Marissa Paternoster

Screaming Females is a three piece rock band from New Brunswick, New Jersey. We have been writing, recording, and touring with one another for 13 years.

Bandcamp Daily  your guide to the world of Bandcamp